On Sunday the biggest names in the music industry came out to play for the 56th Grammy Awards. The red carpet is always one of the main highlights of the event. Check out our nods and headshakes on the style stakes. 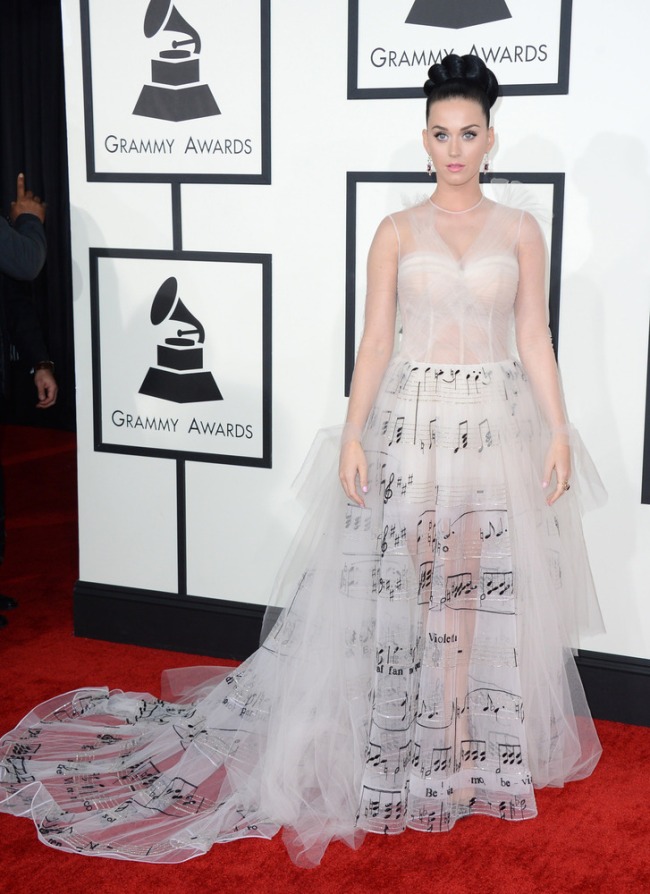 This red hot strapless gown show’s off Pinks’ toned body and sits on her just perfectly. 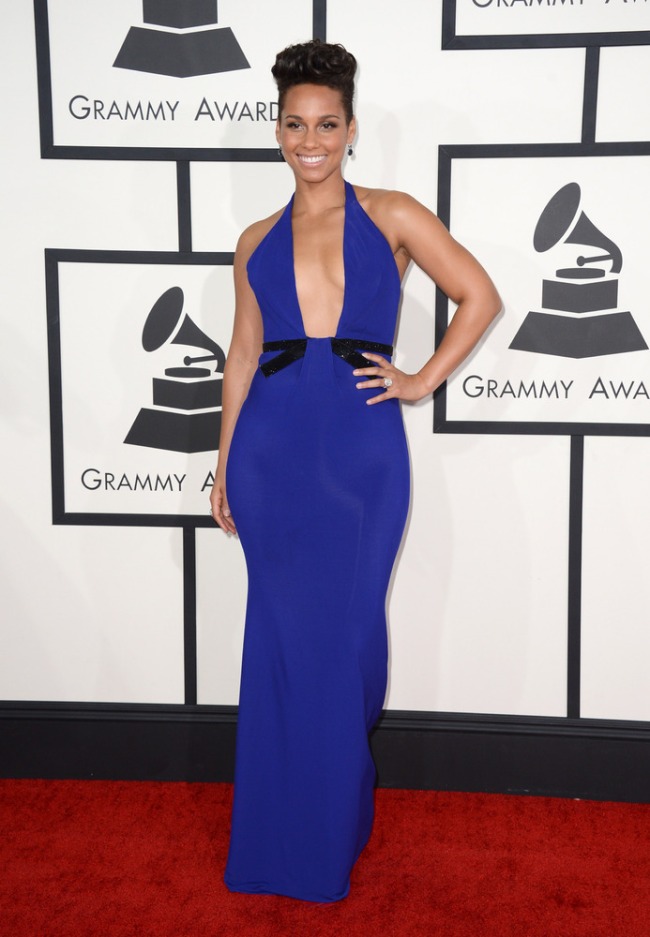 Alicia Keys went for the daring plunge and pulls it off oh so elegantly. 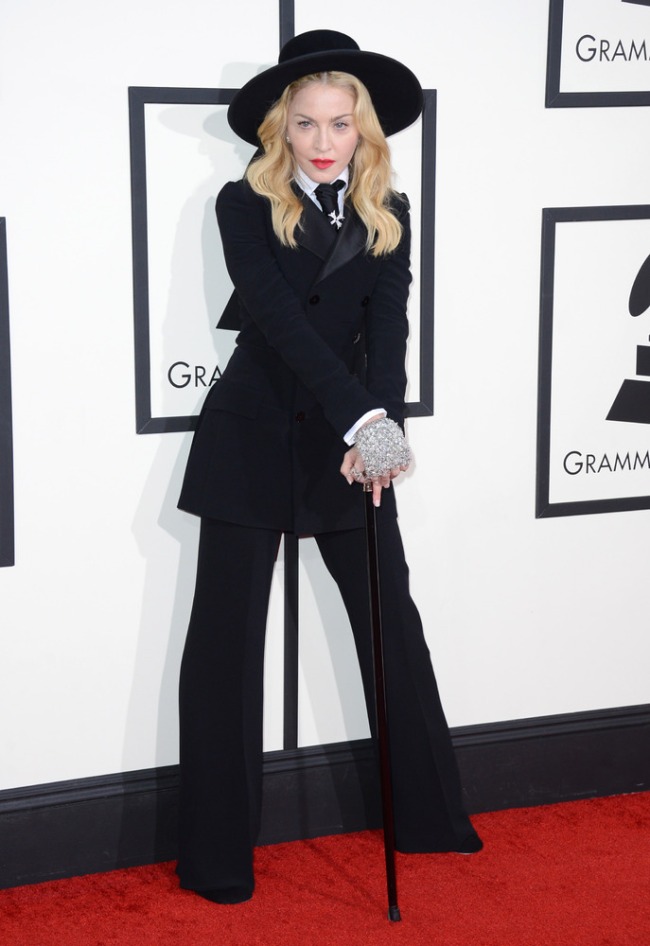 She sure does still have the groove! Madonna looks sexy-fierce in this Ralphen Lauren tuxedo. 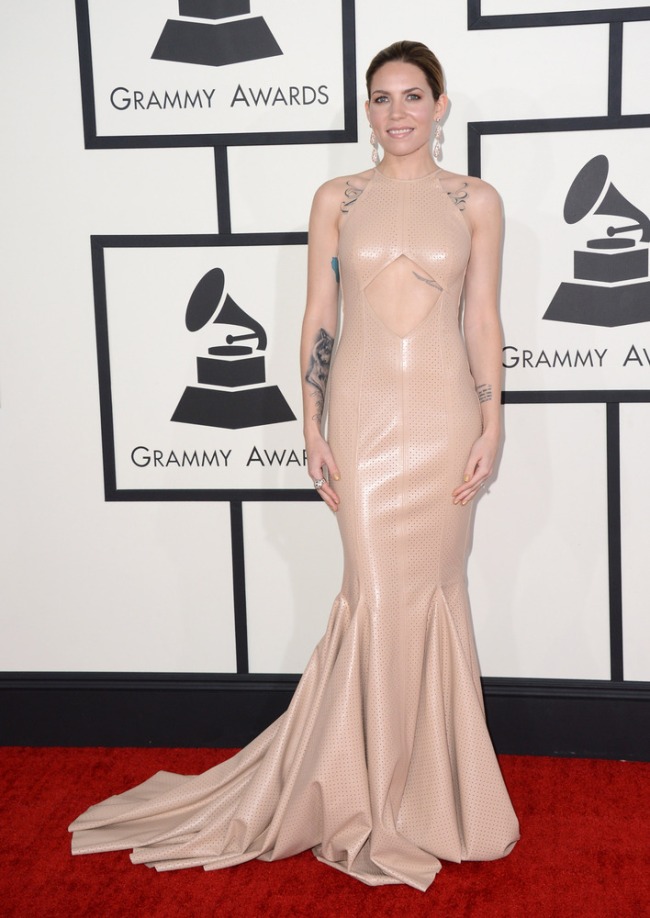 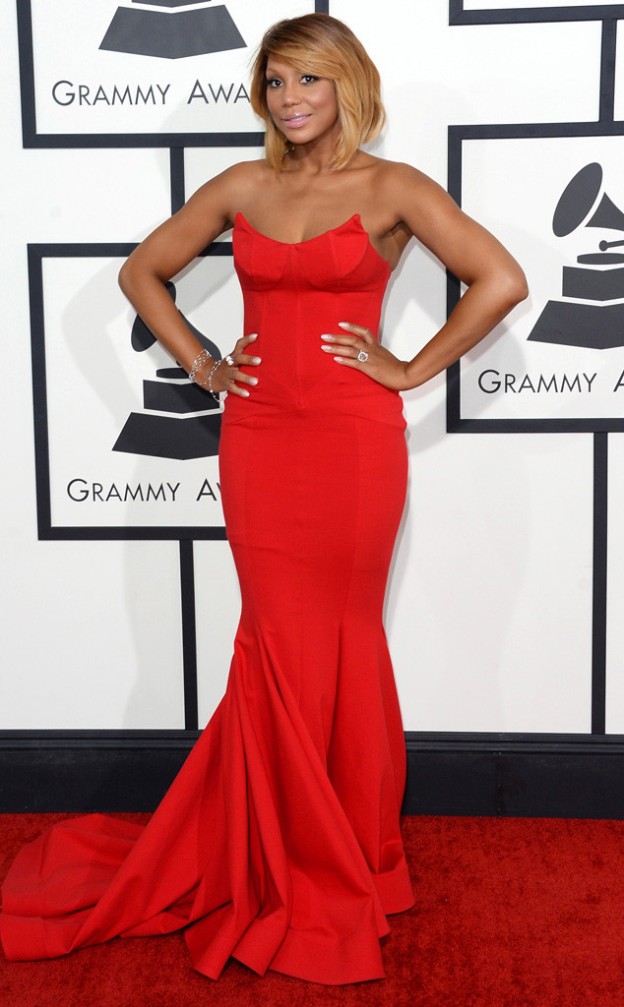 The colour, the neckline, the fishtail = Beautiful! Tamar Braxton definitely made a good choice.

Rita Ora continues to rise in the fashion scene with a metallic shift. Everything about this look is perfect!

OMG. What did I just see. Those knee-length heels are OTT! 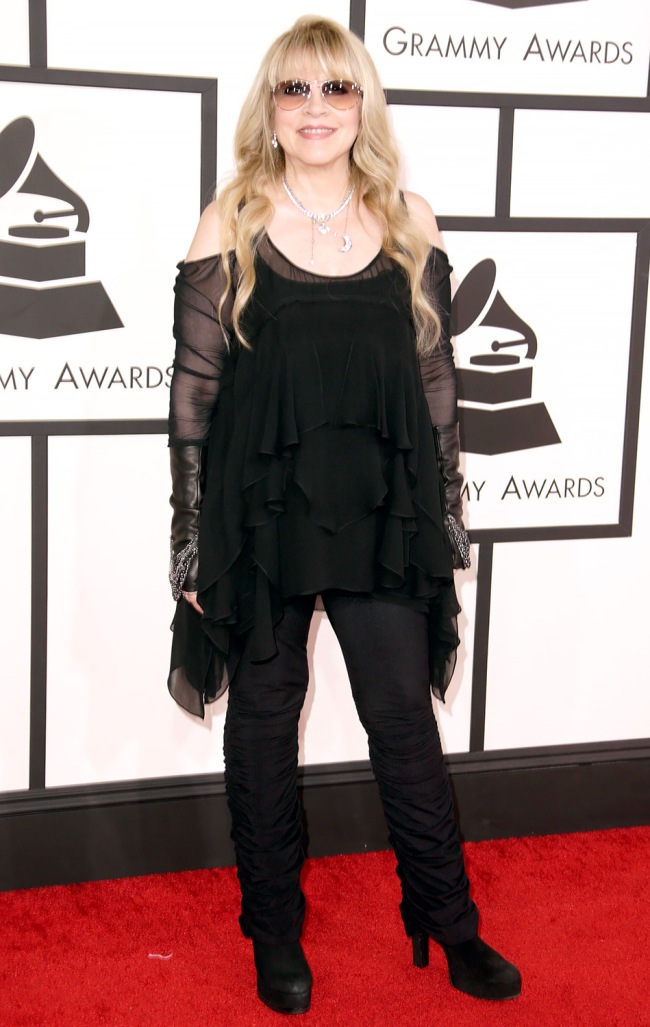 Stevie Nicks is no doubt cool but this outfit isn’t so. 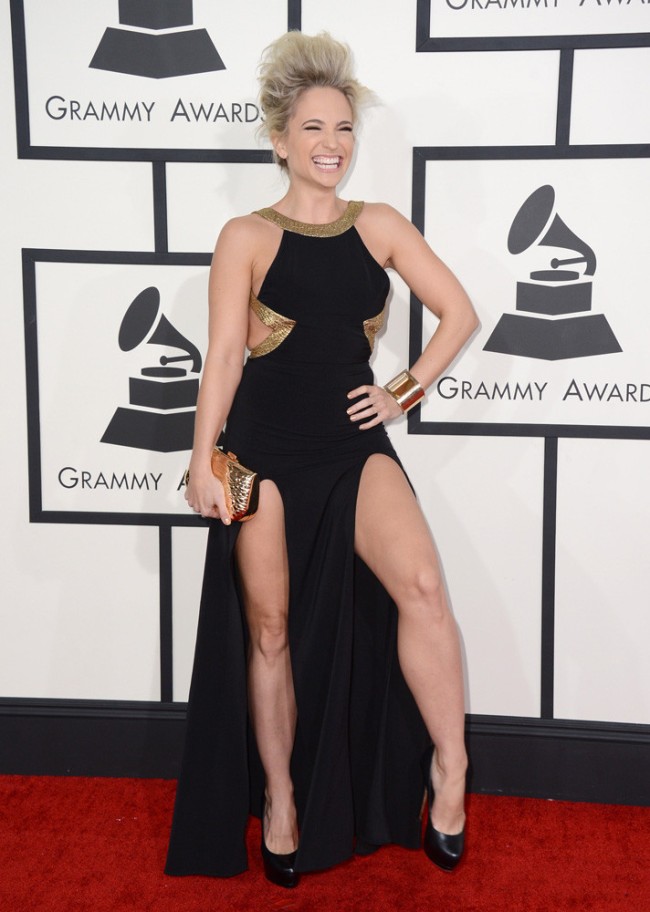 Cara Quici, a sumo can wear but this is much too bare! 1 slit is better than 2.

Laura Sullivan could do better without the drapes on the bottom. 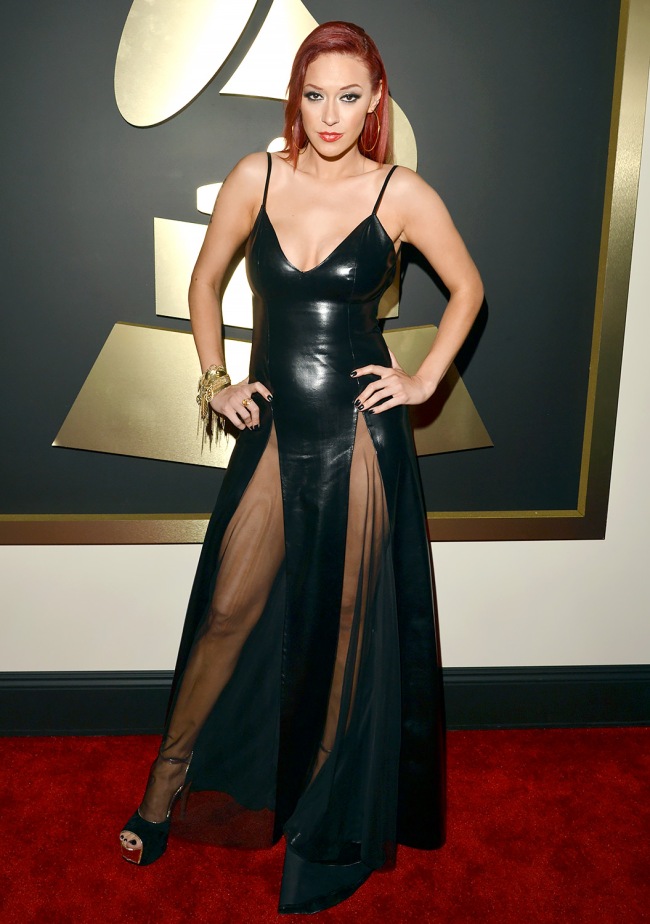 Another fashion slit failure! This cannot be! 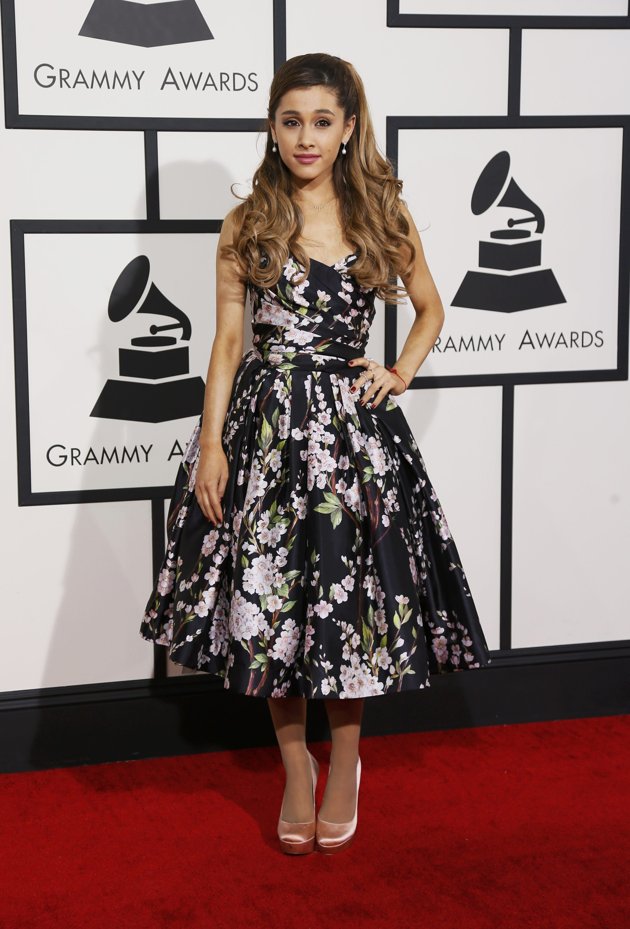 Ariana Grande looks super cute but what’s with those heels? We’d love to see her in something more edgier.

Posted by fashionparteblog | Filed under Uncategorized

For decades The Little Black Dress is regarded as the must have wardrobe item for every woman. It’s versatility and sophisticated elegance is the reason behind the most praised and long-standing dress in fashion history.

Throughout it’s longevity there have been key-developments that have shaped each decade and made the LBD what it is today.

Prior to the 1920’s, wearing black was a symbol of mourning and was considered highly inappropriate to wear in normal, day to day life. The severe outbreak of the Spanish flu during WW1 brought intense mourning and therefore wearing black was seen almost everywhere. Financial stress and uncertainty brought about more simpler and economical fashions.

In 1926 the first ‘little black dress’ was designed by Coco Chanel. Vogue became the first magazine to publish a drawing of the little black dress and was referred to as ‘Ford’ predicting that it will be a timeless uniform for women of all ages and social class in years to come. Coco’s innovation was time-saving and brought total liberation from the confines of the corset. 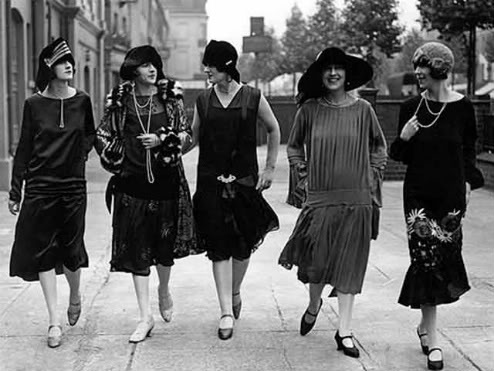 During the War women were conscious of expenditure and found the Little Black Dress easy to manage and accessorised it to suit the different occasions.

The glamour of Hollywood caught the worlds attention and evoked a more cutting-edge and seductive version of the usually conservative LBD.  The full-skirted look introduced by Dior in his ‘New Look Collection ‘ was a popular trend and was seen as a sign of hope and flourish from the dreary war times.

The metamorphosis of the Little Black Dress during the 60’s categorised itself into two generations of styles. The younger generation preferred shorter hemlines with slits coming up from the sides and the older stuck to the more conservative style of dress.

The 60’s gained inspiration from the 20’s slimline flapper approach.

The most iconic Little Black Dress of the 60’s unquestionably is Audrey Hepburn’s ‘Breakfast At Tiffany’s’. 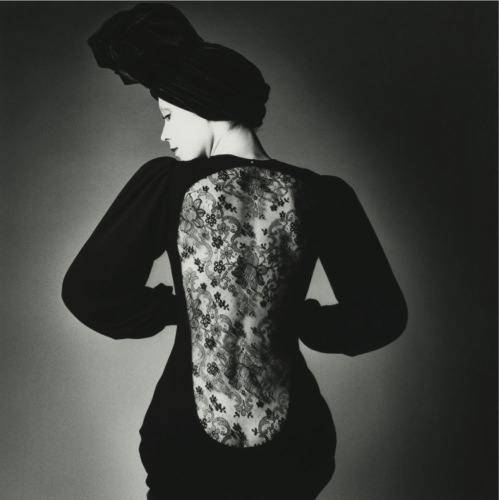 The LBD has gone to a whole new level during the 70’s wherein fashion was a powerful instrument of self-expression. The 70’s saw the most variations of the LBD. The era took on a more creative approach with an abundance of embellishments, sheer fabrics, lace and total transformation. 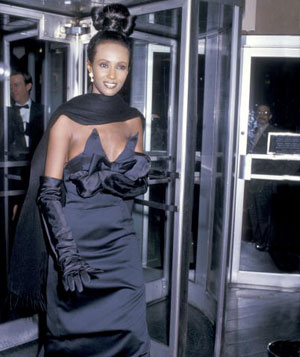 The 80’s introduced a more structured version of the Little Black Dress by incorporating padded shoulders and embellishments; perfect for the disco era. 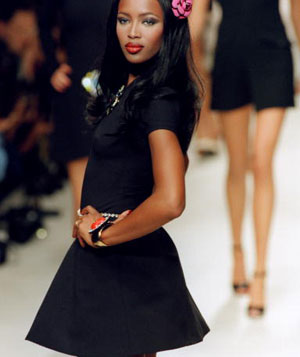 The grunge culture took a break from the elaborate styles of the 80’s and reintroduced simplicity. The LBD was shorter, tight-fitted and worn with casual footwear such as sandals and boots.

The mid noughties celebrated the forever trusted LBD in style. Babydoll necklines and bandeau were the most popular of LBD versions. 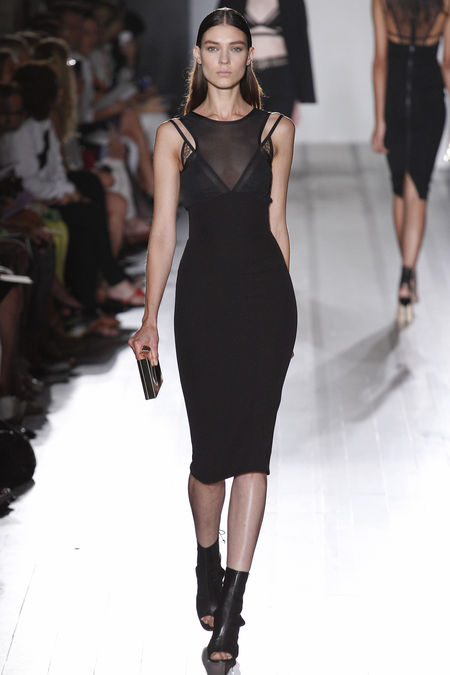 Today form-fitting and mesh detail LBD’s are most prominent. There is definitely an 80s vibe evident through the use of sheer fabrics and body-sculpting qualities. 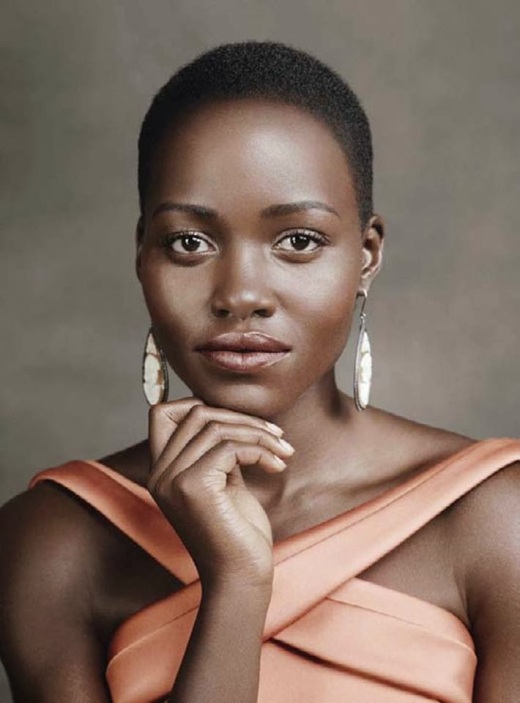 She is a Kenyan actress and film director who has received huge accolades debuting in American Film ’12 Years A Slave’.  Lupita has recently been nominated for significant film awards for her outstanding performance.

Why we adore her?

Not only is she incredibly talented in her field and is stunningly beautiful, Lupita is also grabbing our attention with her marvellous sense of fashion!

Who was the biggest style queen at this years Golden Globe Awards? Check out our red carpet picks for the best and worst dressed.

Jenna Dewan looks like one hot mama in this laced detailed black and white dress. 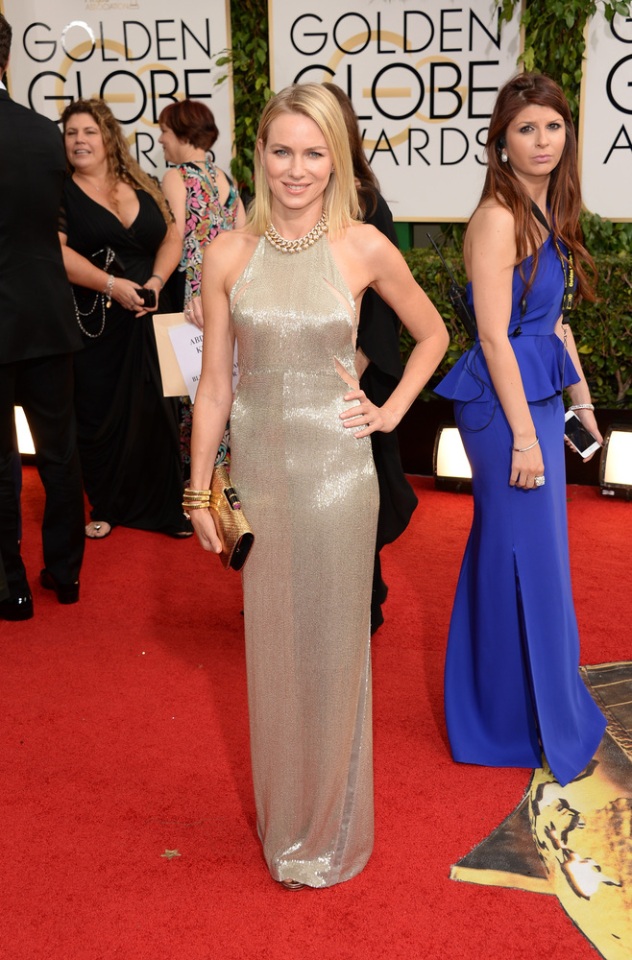 Naomi Watts is an expert when it comes to effortless glamour! 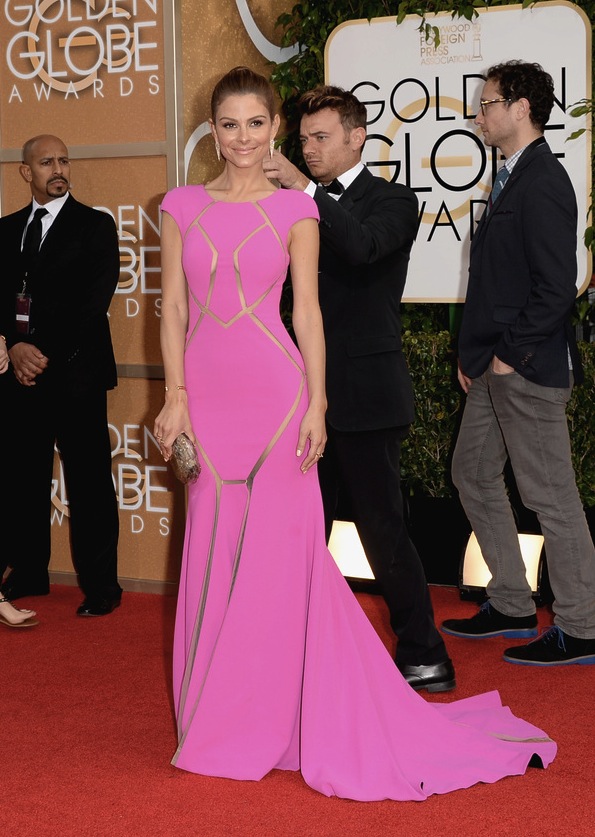 New leading lady Margot Robbie looks every bit of perfection in this creamy Gucci dress. The bedazzling jewel detail just sums it all up. 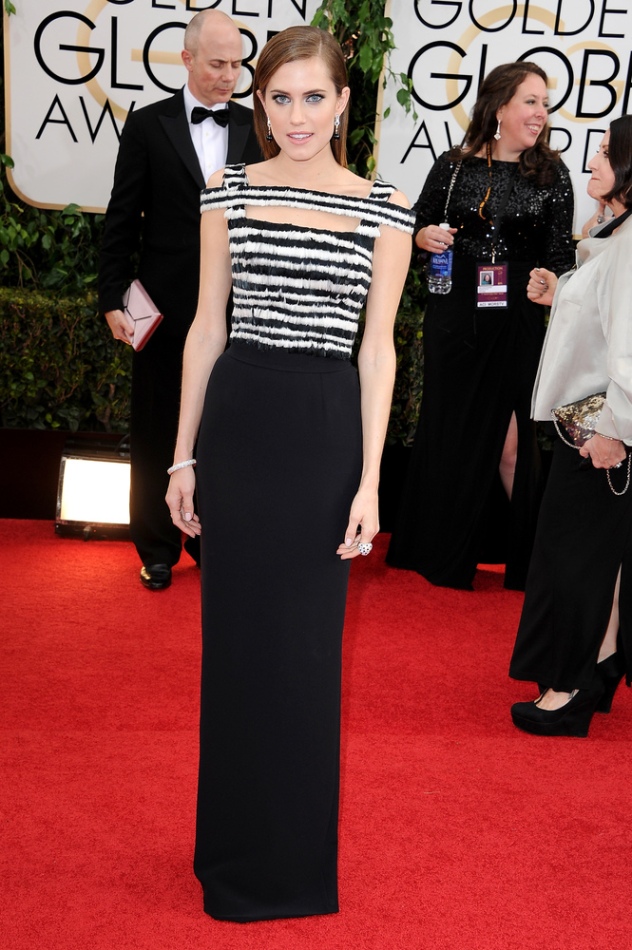 Allison Williams looks like she just came out of the runway in a black and white Alexander Mcqueen. 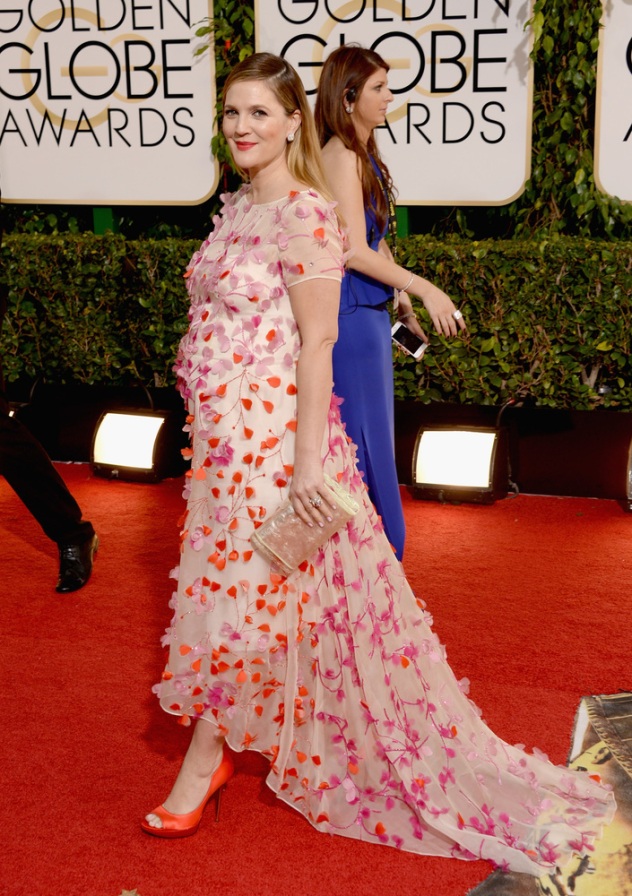 Drew Barrymore looks radiant and fresh in this Monique Lhuillier dress. Thumbs up to the bright lippie and heels.

Looking like the ultimate goddess in Armani, Cate Blanchett always ceases to amaze in whatever she wears. 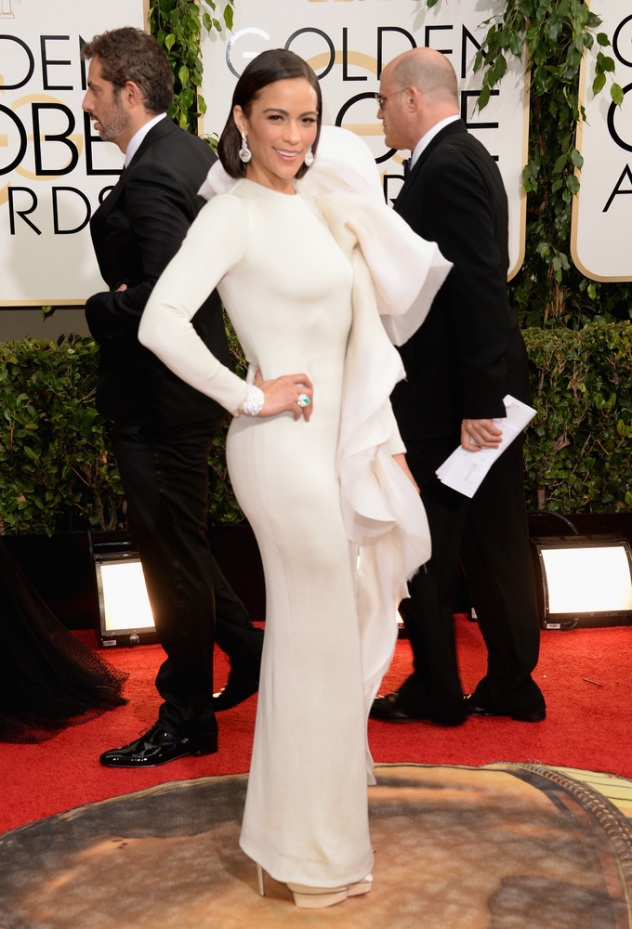 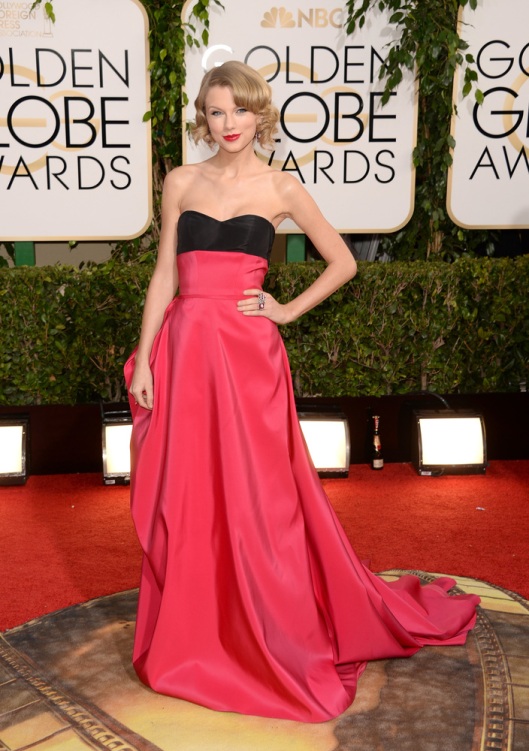 Taylor Swift keeps it simple and elegant in a beautiful watermelon and black coloured dress. 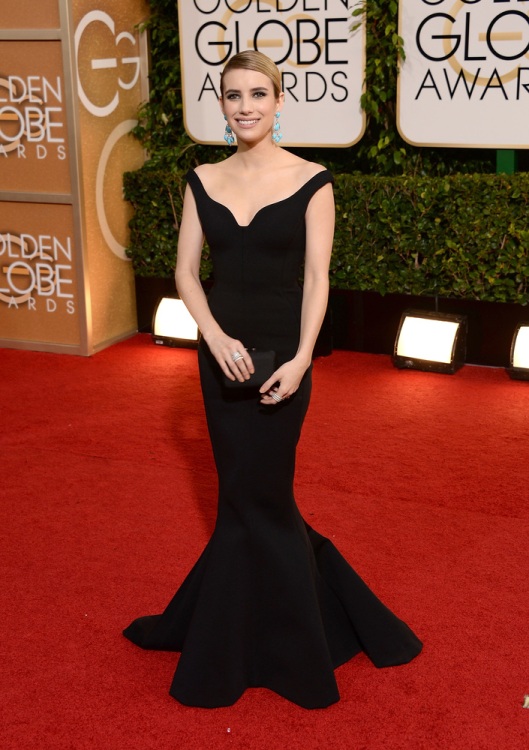 The blue dress is beautiful on Nancy Odell but there is just too much going on with accessories. Less is more with a simpler pair of earrings and a sparkly ring.

Oh Julia Roberts, where art thou going to? You’re a beautiful woman with a beautiful figure and this number isn’t doing you justice at all! 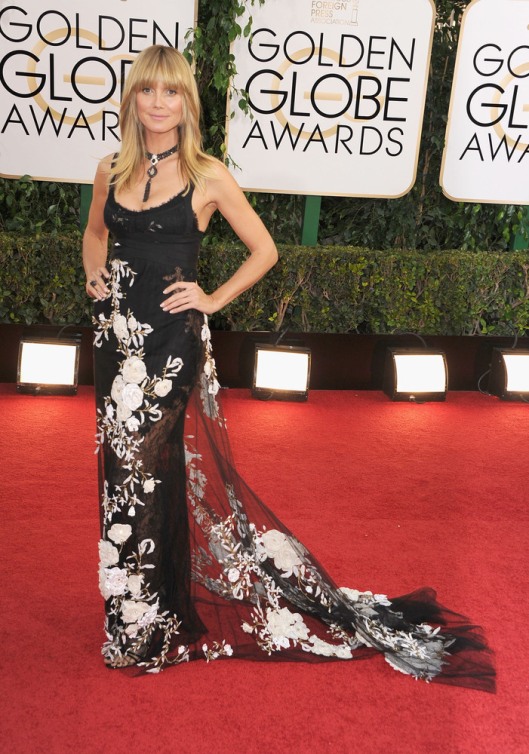 Where is the real Heidi Klum? We want the show stopping supermodel back! The necklace looks like unnecessary accessory. 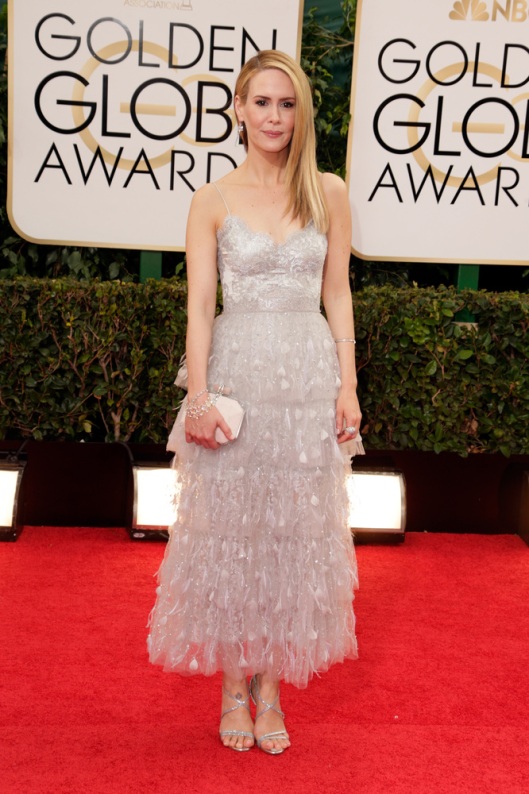 Sarah Paulson. Apologies but this looks like it just came from a High School prom in the 90’s. Gorgeous woman, not so stunning outfit. 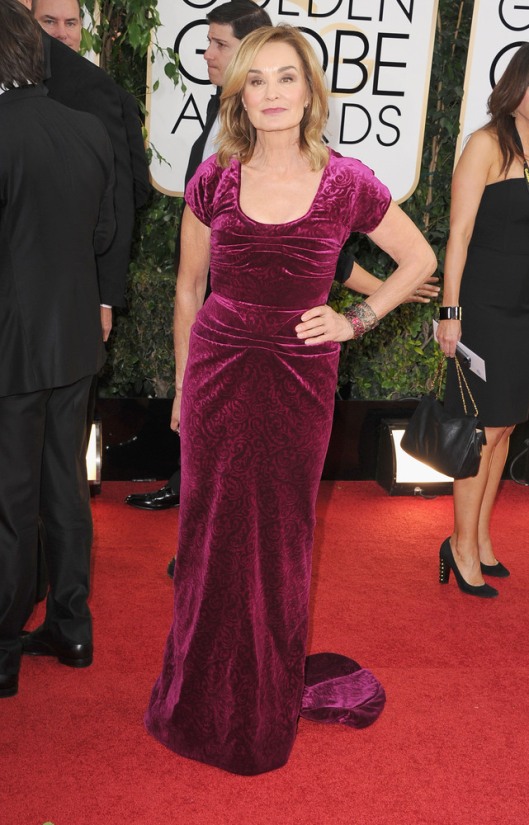 There is just not. much. going. on. At all! The velvet dress belongs in the Narnia closet! 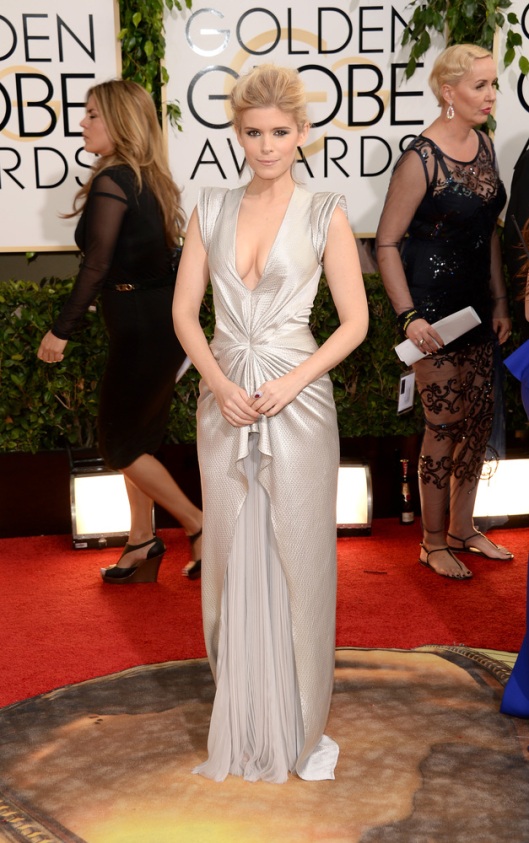 Kate Mara. Once again, there is just not much going on at all. Statement earrings will do wonders to this not so shocking outfit.

It is the time of the year to get real with our wardrobe senses and make way for the more valuable things that go parallel with ourselves and our lifestyles.

1. I will give my wardrobe a full detox.

It is time to release anything that is left unworn and unloved.  a) Those bell bottom jeans from 10 years ago; b) The top that you’ve bought on sale but never had anything else to team it with and c) Anything that is damaged and unfixable no matter how great the garment is.

2.  I will fix things that needs fixing.

Missing buttons, ripped seams or broken zips are very simple to fix and with your handy work you’ll be surprised how many things you now have to wear with a sense of achievement.

3. I won’t buy anything on sale unless I really, really want it.

Do you have to have it? Can you live without it? Save yourself from post shopping guilt by keeping you’re eye on the prize.

4. I will have fun with fashion.

Try something new, whether it be more colourful wardrobe choices, interesting patterns or adding more spice to your outfit with statement accessories. Be creative and enjoy the exciting world that is fashion!

Let’s take a good look at the trends that have caught our eyes and made the year stylish.